The “War On Women” Is So…Yesterday

The other day, I wrote about a significant milestone at Heartbeat International’s Option Line, the world’s first and largest pregnancy help call center. Option Line has been open nonstop for 100,000 hours since it’s inception in 2003. Over 2 million people, mostly women, have reached out to Option Line for help. Option Line connects callers to local resources for pregnant girls and women who might otherwise feel as if they have no choice but abortion.

A few days later, the National Journal published a piece explaining why the Democrats are ditching “the war on women”:

Democrats want to talk about “personhood” and reproductive freedom…. But what they don’t want to do is talk about a “war on women.”

Indeed, the party that so effectively deployed the “war” rhetoric to help defeat Mitt Romney in 2012 has now sworn off its catch phrase, dropping it almost completely from a campaign strategy that, in so many other ways, is still very much about women’s issues.

Here are some other thoughts on why the whole “war on women” angle doesn’t work.

1. It doesn’t resonate with women in the US. “War on women” works when we’re talking about something like this: 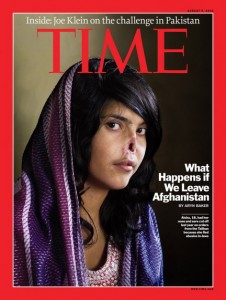 Regardless of what you think about the foreign policy issues that Time was addressing, this looks a lot more like a war on women than, say, this highly paid and accomplished actress – 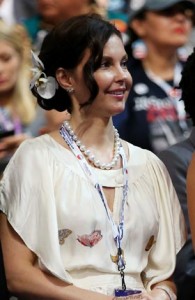 Or yet another highly paid and accomplished actress – 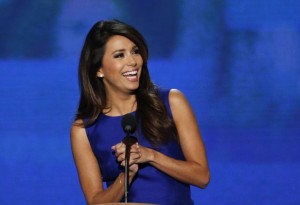 Or this Georgetown Law graduate – 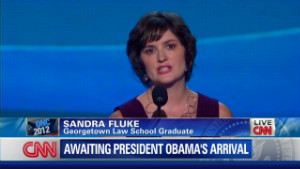 All of whom have either earned or have the earning potential to more than offset the costs of any contraceptive device or abortion service they might choose to utilize.

2. When organizations like the thousands of pregnancy help centers around the country meet women in need, ask how can we help, and then deliver the services hassle free and free of charge, well that looks like a group of people helping women, not waging a “war on women.”

As I mentioned before, Option Line has had more than 2 million people reach them, 24/7, over the past 10+ years. That’s just contacts in the form of calls, emails, texts, and messaging. That doesn’t begin to take into account the women and girls who are served by pregnancy help centers affiliated with Heartbeat International or any of the other pregnancy networks.

The Daily Signal reports today on this very topic today:

Nationwide, there are at least 2,000 pregnancy resource centers. And that’s just counting the centers affiliated with the major U.S. networks—Care Net, Heartbeat International and the National Institute of Family and Life Advocates. The Family Research Center reports that, in 2010, these centers served more than 2.3 million women. This took the efforts of 71,000 volunteers, working for 5,705,000 uncompensated hours.

Again, so much for the “war on women.”

Ironically and tragically, it’s the push for abortion, one of the biggest battle fronts of the “war on women” that puts some girls and women in a situation where they are left without support and resources:

“We do not force our opinions on anyone,” says Durig, Capitol Hill Pregnancy Center’s director. “If they ask, we do tell them that we’re a faith-based organization, we do believe in life, but whatever their choices are, we just want to make sure they make an informed, educated decision.”

Some of their clients are teens whose mothers have thrown them out of the house for not having an abortion. “That happens more times than you can imagine,” Durig says, in between running up and down the stairs to answer the phone and direct clients to her staff.

The entire article highlights four women who have been helped by pregnancy help centers including, Borromeo House, a home which helps the women not only to have their babies, but to advance their education, work, and plan for a stable life. If you want to read about something that’s anything but a war on women, then do read the whole piece.

Women don’t feel supported when a major political party is sending a message that implicitly suggests they shouldn’t be supported in what is a very natural fertility outcome. Their circumstances may not be the greatest, but no one wants to be judged when they’re struggling. Abortion does exactly that – it judges the woman: “This should have never happened.” “Why weren’t you smarter about your life?” “Didn’t you know he was a jerk and would never be there for you?” And so on.

Abortion shames women. And those who advocate abortion as a solution end up sending a similar message. That’s why “the war on women” didn’t work. Too many women feel shamed by the very goal of those who claim to lobby on their behalf.

I’m not saying that the issues are going away. As the National Journal notes, only the language is changing.

The ongoing witness of the pregnancy centers will continue to spread the truth, in a quieter way. Namely, people who are pro-woman are those who help women in their choices, not those who make them feel as if they have no choice but the one they don’t want – abortion. And the millions of girls and women who have been helped by these centers also know the truth about who is or isn’t waging a war. They’ve experienced treatment in the field hospitals first hand.