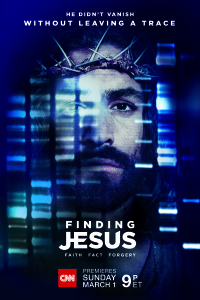 So, I’ve been meaning to share the news of my new job; but things have been so busy that I never seem to get around to it. However, to situate this post, the background would help. On December 1, I started as the Associate Dean of the Augustine Institute’s new Orange County campus at Christ Cathedral. It’s been a great experience and I’ll be sharing more about the role in future posts.

Monday night, we joined  the Orange Catholic Foundation and the Diocese of Orange to host a screening of CNN’s upcoming series Finding Jesus: Faith, Fact, Forgery. AI’s president Dr. Tim Gray is featured in four of the six episodes including the last one on the True Cross which we viewed at our event.

While one could quibble about some of the historical facts presented, the episode does a good job of introducing the Cross upon which Jesus was crucified as a relic and its significance as a symbol for Christians everywhere.

After the screening, Fr. Al Baca, the diocesan Vicar General for ecumenism facilitated a conversation between Tim Gray two orthodox priests. The conversation quickly turned from the discussion of the True Cross to the persecution of Christians, in particular the recent slaughter of the 21 Egyptians. Both priests were connected to communities in Egypt and other Middle Eastern countries.

The orthodox Coptic priest pointed out that the selection of the 21 was not random. They were selected because they were Christians. He explained that Christians in Egypt either have Christian names or “neutral” names (i.e. non Muslim names). Many also have a cross tattooed on their wrist as he did. The 21 were all given the chance to recant their faith. We know what choice they made.

But he went on to discuss the response of the families of the 21. Even the children, he said, greeted the news with joy because their loved ones are now martyrs and in Heaven. Many were sad for the perpetrators. (Kathryn Lopez has an excellent article here about this reaction.)

Starting with the screening itself, we weren’t set up for a very light conversation and the discussion of these new martyrs enhanced the somber atmosphere. But here’s the thing – everyone seemed to enjoy the conversation. We got nothing but positive feedback.

One of my many soapboxes is that we shouldn’t dumb/water down conversations. Certainly, we have to make topics and information accessible, but that’s not the same thing as reducing the substance of a conversation. This happens especially when it comes to weighty topics like the faith. I experienced it in my own formation of blah blah catechesis. It wasn’t until I went to college that I was actually given something substantial to think about and then, guess what, my faith started to make sense and I started to love it. Up to that point, I’d been given little that was even worthy of faith.

So, here’s hoping that this is the first of many “substantial events.” And while I can’t vouch for the entire Finding Jesus series, I do hope that it will be the sources of many conversations that help us  to have deeper conversations about our faith.

The #1 reason I'm ok with the SNL skit about ISIS.