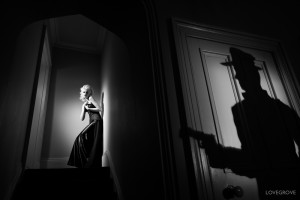 Image courtesy of Call of the Void funding campaign page.

Given a cultural milieu that seems to constantly fight basic Christian values, it’s easy to understand why there’s been a mission movement, one where Catholic/Christian content is generated for sympathetic audiences. However, the goal has been mission oriented and not the actual perfection of a skill.

C.S. Lewis wrote, “We don’t need more Christian writers; we need more writers who are Christian.” I think we could apply this as a maxim to most professions/occupations.

I applaud those who have done mission oriented projects, particularly those whose projects have changed lives for the better. But culture won’t be changed with those projects. In order to change culture we have to be just as good, if not better, at generating the content that shapes culture. Not too long ago, I asked readers to imagine if we had Catholic women with the creative talent of Lena Dunham:

Think about it. What if we had Catholic women with the creative talent of Lena Dunham, but who knew their faith well enough to not do asinine (read—not very funny) Saturday Night Live skits about Adam and Eve, and who didn’t have that toddleresque desire to strip naked every time there’s an audience, then we’d be impacting the culture, probably more than any woman at the head of any Church office. I’d be willing to bet that such women wouldn’t bring down SNL ratings and that they could write content that would generate more than the always diminishing [now about 800,000] viewers of the HBO Series Girls.

The impact would be huge. No offense to EWTN, it does what it does well; but most people aren’t watching EWTN…

So here are three current projects that I think exemplify the principle of very talented and skilled people producing good work and, by the way, these people are all practicing Catholics. There’s no doubt in my mind that their faith influences their work. But one can also appreciate their work simply for the work itself.

1. Call of the Void. Director Dustin Kahia and producer Patrick Coffin (host of the extremely popular radio show “Catholic Answers”) are teaming up to produce classic film noir. While this genre is not my favorite, I’m supporting them because I enjoy watching good films, unlike the drivel the inundates most theaters currently. You can visit their Kickstarter campaign to learn more about the film and to donate. They’re  a few thousand dollars short of their goal with just three days to go. Here’s a quick video of what they’re up to.

2. My fellow blogger Sam Rocha has just released a really good album, Late to Love. If you like good music, download it now. Tom Zampino calls it “soul music with a twist.” I’d say that it feeds the soul in two ways. First, it’s good music and the soul thrives on good music. Second, if you’re a fan of a Augustine, it will feed your soul with very subtle and contemporary reflections on his Confessions. The great thing about Sam’s music is that you don’t have to be a Catholic or know Augustine in order to like it. You may like it just because…it’s good music. Actually the promo blurb is pretty good:

You can read more about the album on the site here. 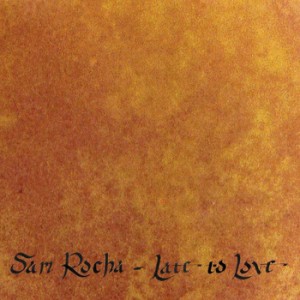 3. Last, and certainly not least, let me introduce you to someone whose work I only recently discovered and who, unlike Sam & Patrick, I don’t know at all. Alanna-Marie Boudreau. She produces great contemporary music. Again, you don’t have to be on board with her faith to enjoy her music. However, her music is good enough, that it just may make you think about faith… I first heard her song “Hands in the Land,” available on iTunes and Amazon. 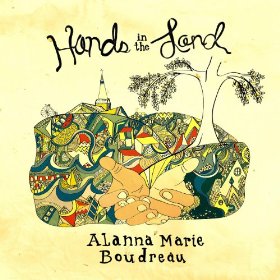 Feel free to mention your favorite artists who are not mission oriented in the comboxes below. I’m always looking for new content to enjoy. Again, don’t get me wrong. The folks who are mission oriented have done a great job. In many ways, they’ve sort of paved the way to move forward with non mission work, work that is celebrated first for its quality.

Meantime, be sure to support Call of the Void. There’s just three days left! If you don’t recall – or wish not to recall – the last time you saw a movie in a theater, then you’re probably just the sort of person who should be supporting this film!

Evangelization - Two Birds With One Stone