#1 Thing That Men Can Do For Marriage 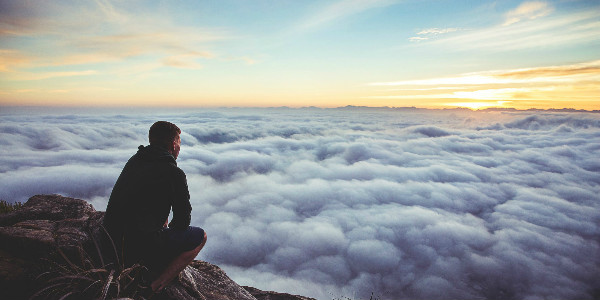 Photo by Joshua Earle at Unsplash.com

Over at the CatholicCompany.com, Gretchen (a blogger whom I don’t know) posted some great advice for men and their marriages. I know, I know. Men don’t always like to be told what to do by a woman. In her defense – and mine! – she’s just passing along the advice of one of the [male] Doctors of the Church, St. John Chyrsostom. And, it’s actually in the Catechism (CCC 2365). You should check out her post and the meme she created, but here’s the highlight of St. John’s advice for men to say to their wives –

I have taken you in my arms, and I love you, and I prefer you to my life itself. For the present life is nothing, and my most ardent dream is to spend it with you in such a way that we may be assured of not being separated in the life reserved for us. . . . I place your love above all things, and nothing would be more bitter or painful to me than to be of a different mind than you.

I’ve long thought that there was something missing from St. John Paul II’s pontificate: he never wrote much about men, masculinity, and fatherhood. Sure, there are some things in his prior writings and certainly some mention in his Theology of the Body, but there’s no Letter to Men or Vires Dignitatem (cf. Mulieres Dignitatem – On the Dignity and Vocation of Women). Some will answer that he wrote Pastores Dabo Vobis, but that’s a document about and for priests. No doubt clear teaching on men, masculinity, and fatherhood would be helpful for priests as well as for other men.

In my work on Mulieris Dignitatem, I started to wonder, if mothers have sort of a primary relationship with children on account of biology (they do spend 9+ months in a woman’s body…), perhaps the special role of men is to be the primary caretaker of the marriage. Perhaps.

St. John Chrysostom’s words above mean nothing if they are not lived, if a husband does not make the choices and take the actions to live them.

I’ve noticed anecdotally that where men are committed to the marriage, not just being passively carried along in family life, that the marriages are different and better. The wife is happier. So are the children, if the couple is blessed to have children. And the husband is happier.

There’s a statistic – I don’t have it handy but you have the mighty interweb at your finger tips – that children are about 20% likely to follow the family’s practice of religion if it’s led by the mother. If led by the father, that number jumps to something like 80%. All those moms are wonderful, good women who are trying their best, I’m sure. But it’s not enough.

And it’s not enough to approach marriage by laying the responsibility of home and hearth at the woman’s feet. The man has to be the leader in the marriage. He has to be the man who says and acts as St. John Chrysostom recommends. I’ve never seen it work well any other way. Feel free to disagree if you like, that’s what the com-boxes are for below.

In some ways, I think women have a role that’s more natural in a biological consideration. But then, to protect her children and herself, she assumes more leadership roles in the family if there is a void where her husband ought to be.

Look at Ephesians 5, 21-33. The first line is pretty straightforward –

Be subordinate to one another out of reverence for Christ.

Then, there’s the line that I’ve heard pastors/priests omit because they are afraid of the repercussions –

Wives should be subordinate to their husbands as to the Lord.

Which gets worked out as “Wives be submissive to your husbands.”

First of all, go with a good Catholic translation. After all, the Bible comes from the Catholic Church. With all due respect to our Protestant sisters and brothers, they have edited the Bible at times. If you want the real deal, read a Catholic version. If you want an abridged and edited version…well, there are many Protestant versions out there. Pick one and enjoy.

But St. Paul isn’t telling wives to give up their wills or that their husbands should be the dictators of the house, that wives have no voice in the leading of the family. He qualifies it,

And the Lord doesn’t require us to become servile and submissive. In fact, he calls us friends. He lays down his life for his friends. He tells us that his Father will love us as the Father loves Him. (I’m still trying to wrap my head around that!) We are made his siblings in baptism!

Speaking of laying down one’s life, the next line in this section on husbands and wives has some pretty strong words for husbands,

Husbands, love your wives, even as Christ loved the church and handed himself over for her

If you’re wondering what that means, look at the crucifix.

That looks a lot harder than “being subordinate to the Lord.” I think wives need to realize this sacrifice and be a help (not a hindrance) to their husbands. But it’s the husband who has to love his wife as Christ loved the church. And that is huge. The Church did not go to Christ and say, “You know, you need to lay your life down for me.” The Church didn’t even exist yet.

But St. Paul doesn’t stop. Again, he indicates the primary initiative of the husband, citing Genesis 2,24:

and be joined to his wife,

and the two shall become one flesh.

It’s the husband’s initiative to leave his parents so that he can be joined to his wife. Sure, the wife is going to leave her parents, too; but Scripture and St. Paul are clearly placing the emphasis on the male initiative.

UPDATE - Creating a Culture of Encounter: The Social Vision of Pope Francis