Dear David Brooks: I Needed That Laugh. Thanks!

David Brooks has a hilarious piece in The New York Times today.  (H/T James Taranto, “Best of the Web.”) Arguing that it’s not constructive to have culture wars, he offer some advice to… 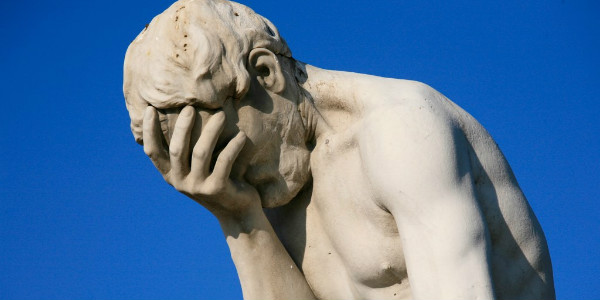 David Brooks has a hilarious piece in The New York Times today.  (H/T James Taranto, “Best of the Web.”) Arguing that it’s not constructive to have culture wars, he offer some advice to Christians –

We live in a society plagued by formlessness and radical flux, in which bonds, social structures and commitments are strained and frayed. Millions of kids live in stressed and fluid living arrangements. Many communities have suffered a loss of social capital. Many young people grow up in a sexual and social environment rendered barbaric because there are no common norms. Many adults hunger for meaning and goodness, but lack a spiritual vocabulary to think things through.

His own argument belies the havoc of the sexual revolution. But apparently we shouldn’t talk about root causes. Instead we should fix everything without attending to the foundation…which, by the way, has something to do with sexual mores –

“Those people” are Christians and other social conservatives. He tasks us with helping to nurture stable families. But…apparently we can’t talk about what is a stable family and what sex has to do with that. Meanwhile, The Atlantic just published an article on the largest mental hospital that just happens to be Cook County Jail. Nneka Jones Tapia, a clinical psychologist who now serves as the executive director of the facility commented:

“We’re re-teaching them things they learned in their family unit because a lot of these individuals come from dysfunctional families, unfortunately. What you see in correctional institutions are, more often than not, [symptoms] of a larger problem. And then you go into the communities and it’s single-parent homes, no-parent homes—it’s tough to teach your children when you’re not there. So we’re going back and teaching them those skills.”

Brooks acknowledges the crisis in the family, thinks that Christians are uniquely poised to help the situation, but he just doesn’t want us to talk about the situations that create good or bad familial situations. This exercise in absurdity has given me something to laugh about. Thanks, David! And I have to laugh or else I’ll cry. Image source: Wiki Commons.

END_OF_DOCUMENT_TOKEN_TO_BE_REPLACED
No Comments on Dear David Brooks: I Needed That Laugh. Thanks!
Uncategorized

So the Washington State Legislature yesterday approved a bill to redefine marriage to allow same-sex couples to marry. Now what? As I predicted, the bill passed in time for supporters…

So the Washington State Legislature yesterday approved a bill to redefine marriage to allow same-sex couples to marry. Now what?

But Valentine’s Day is the least of our concerns. Read more.

END_OF_DOCUMENT_TOKEN_TO_BE_REPLACED
No Comments on Now What?
Uncategorized

I’ll Love You Forever. Until Tomorrow.

In 2010, Washington, DC redefined marriage so that same-sex couples could marry.

Part of the argument in favor of redefining marriage has been that same-sex couples in committed relationships should be allowed to marry because they are in a long-term relationship…that sort of looks like marriage.

Now DC is considering legislation (at the Council level) that would make it easier for same-sex couples married in DC to divorce. This would also apply to any same-sex couple that married in DC and now live in a state where they can’t divorce because same-sex marriage is not recognized in the state.

I know that marriage for heterosexuals isn’t in the greatest shape and that divorce is all too common a result for many couples.

Before we start redefining marriage, we ought to do what we can to strengthen it. If creating more marriage-like relationships just leads to more divorce, I’m not sure what the upside is for expanding marriage beyond its traditional definition.

END_OF_DOCUMENT_TOKEN_TO_BE_REPLACED
No Comments on I’ll Love You Forever. Until Tomorrow.